Hello, time for an update 🙂

I’ve been having more time recently to work on this, so I’m really hoping to get it done this month. I’ve been on it on and off since March and I’m very ready for a new project, or to focus on some smaller projects and painting.

The main things I’ve done recently are to re-do the palm trees, finalise the texture under the water, and start adding small things like rubble falling down and more ivy. Just lots of little tweaks really. I’m trying to make a start on texturing the building properly too, but it’s hard to motivate myself on such a large object!

The other big thing is the water, specifically around the back of the diorama where I wasn’t really liking how it looked… it felt a bit empty and boring. So since last time I’ve added some more rocks into the water to balance it some, and then I’ve added some tiles like around the front of the scene. It just adds a bit of consistency and interest. The waterfalls are made using a modified version of the shader I was initially using for the waterfall at the front of the diorama. I’ve made it so that it has more ‘foam’ which is generated based on the normal map of the water, and the proximity of the water to other meshes. It’s not perfect but if I compare it to water on other projects I’ve done, I’ve definitely improved!

There are some ambient particles floating around now too- one set is just slow moving small orbs with lights on to give a magical feel. The other is more like a falling leaf, but currently it just has an orb texture like the floating lights. I kind of like how understated it is, so I may just make some small modifications to that for the final thing.

The big things that really need doing now are the building texture and fountain. I’d also like to work on the shader that moves the foliage to look more natural- it currently uses SimpleGrassWind which has a weird back-and-forth rotation thing going on. Then it’ll just be polish (mostly to textures) other optional bits to add to the scene… vines, maybe some moving fish… props if I want, though I tend to leave those out. I will see.

Feels good to look at my list of stuff to do and feel like the end is somewhat in sight. Sometimes projects feel like that will go on forever. The solution I suppose is to make smaller personal projects… but that presents its own problems- I find it easier to abandon projects if they’re small, and then I’d never get anything done! 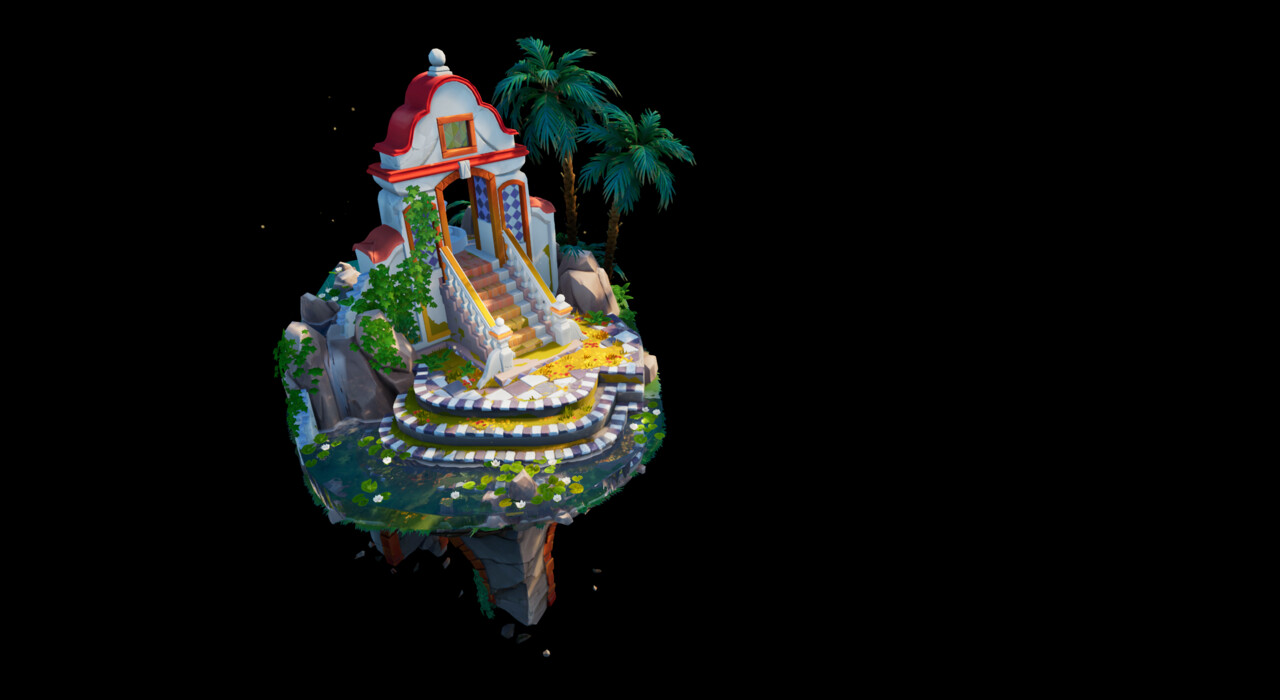 Anyway, just got to keep at it! Cheers for reading 🙂