Since last week I don’t feel like I’ve done a great deal with my life. Reflecting on the week in my blog kinda makes me go ‘ah, crap’. I’ve done a lot less than I liked to think I had. We did, however, finish our physical bathroom model, which is better than nothing. 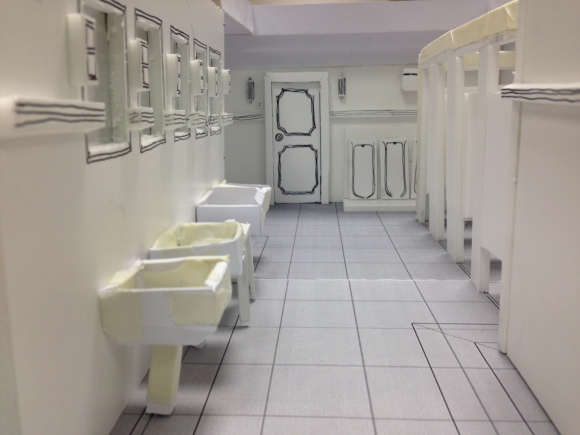 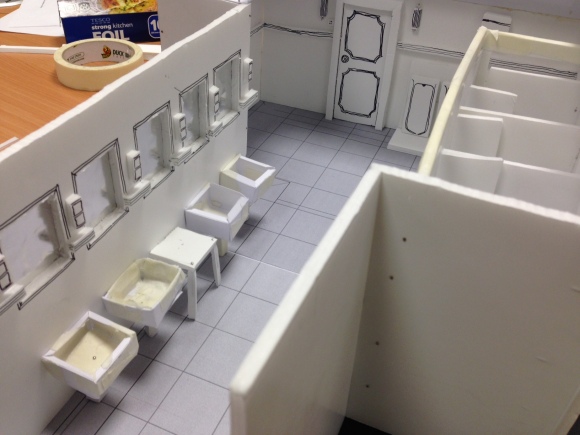 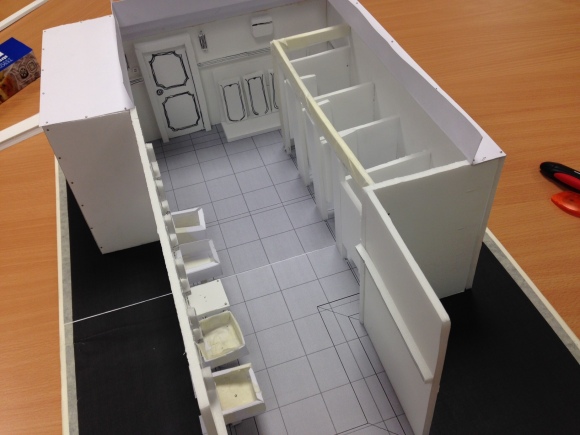 Yeah. We made the mirrors from foil. Hardcore model making right there. We’re going to light it as we see it in our film still and take some proper photos hopefully. I’m pretty happy with how it turned out. Except for the sinks. They suck. Isn’t it adorable though?

On top of that, I’ve been doing some texturing and sticking stuff in Unreal to see how it looks. I was pleasantly surprised. I love how materials look in the new fancy Unreal Engine 4. Even the crappest textures look yummy, as I demonstrate. I like it. 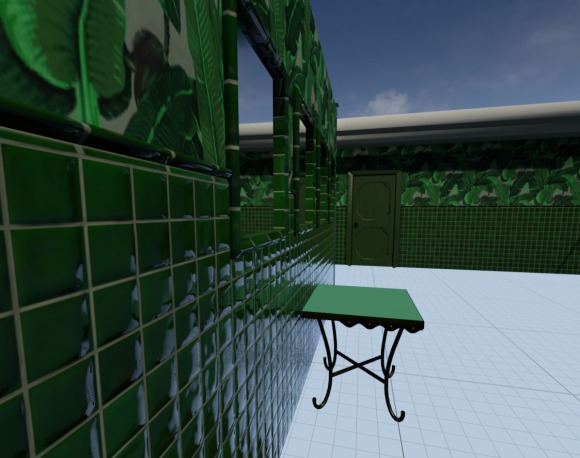 We did another ‘Dragon’s Den’ this week, as everyone has taken to calling it, where each group presents their work so far to the tutors. Every time we do this I feel weirdly nervous. I think it’s because everyone else’s projects are really cool too, and I feel like a zircon in a sea of diamonds and other zircons. Despite this, though, our presentation went pretty well and I think everyone was happy with our progress so far. There was also great appreciation for Lewis’ use of every existing Powerpoint animation under the sun. We totally got more points for it. We have our final presentation next Thursday, so we have to have everything done in Unreal and a final render ready to go. Scary! 😦 We’re doing good though. We’ll be fine.

On the art side of things I attempted to do some painting this week and a lot of it has just left me feeling irritated. I abandoned a still life half way through, despite my long-time cravings to get on and do one, and I ended up getting stressed and started doodling instead. I should do more doodling. It works wonders to make me happy. 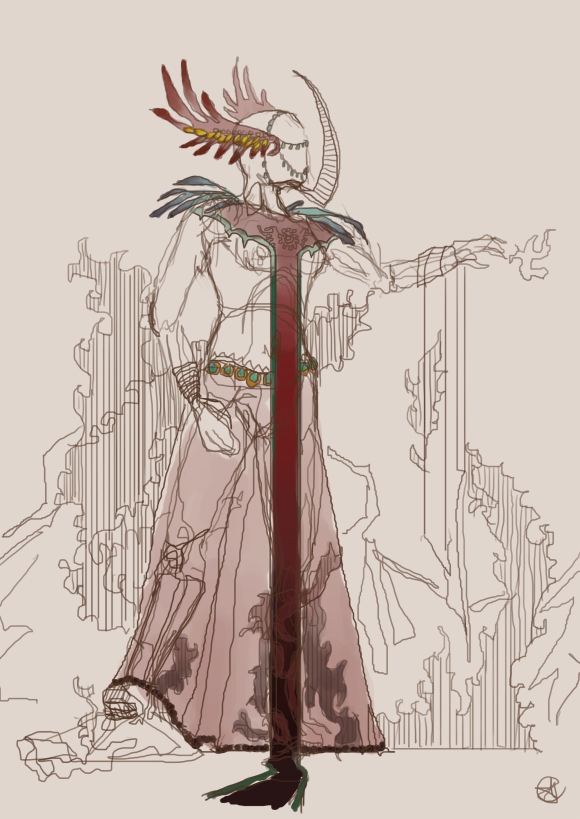 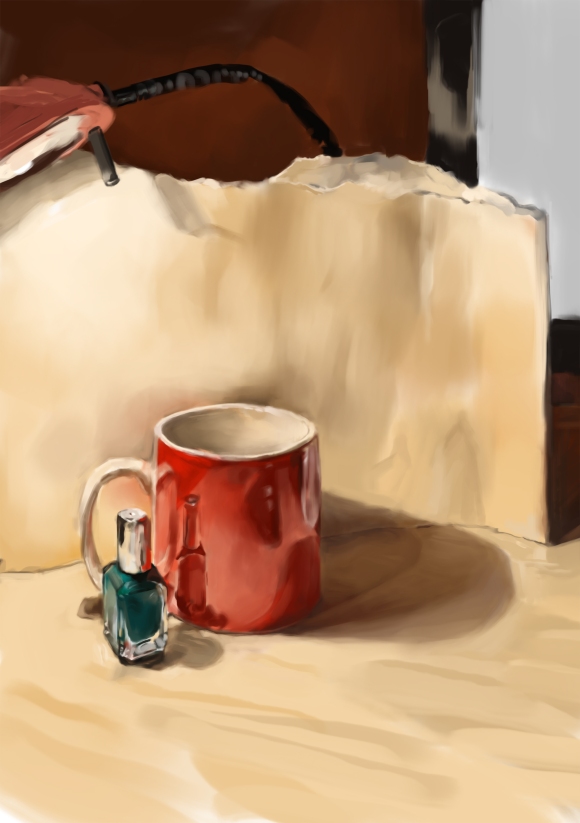 I started another sketchbook too, since I’ve been neglecting my traditional work. This sketchbook is going to be a pencil one, as my last was pen. Though I’m far from cracking it, I feel like I’m comfortable with pen now. Maybe my next sketchbook will go back to pen, and I’ll experiment with a new style for fun. For now, I really need to practise pencil.

Have a good weekend 🙂 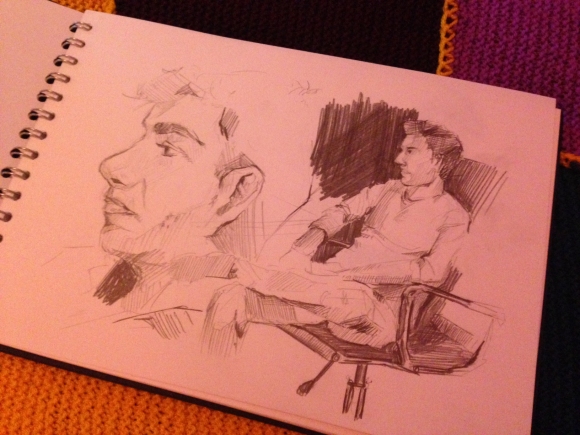 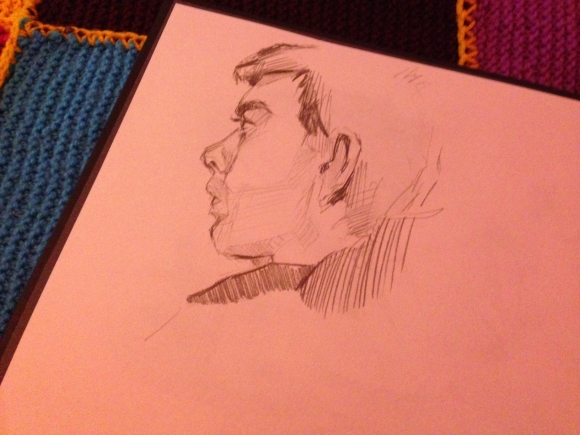