Daydreams of a Game Art Student.

I watched Spirited Away at the weekend. Again. For maybe the 7th time or so. It’s by far one of my favourite films, and something I can appreciate for both it’s storyline (alas, it’s one of the few films/games I can actually remember the story of) and it’s aesthetic beauty. As I watched it, drawn further and further into the madness that is Studio Ghibli, I found myself suddenly inspired more than I have been in quite a while. I like Japanese culture (to an extent that doesn’t include cosplaying and howling ‘kawaii!’ at everything I see), and something as off-the-wall as Spirited Away appeals massively to my obscure-loving side. 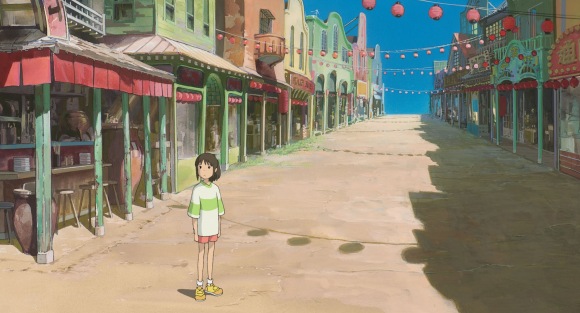 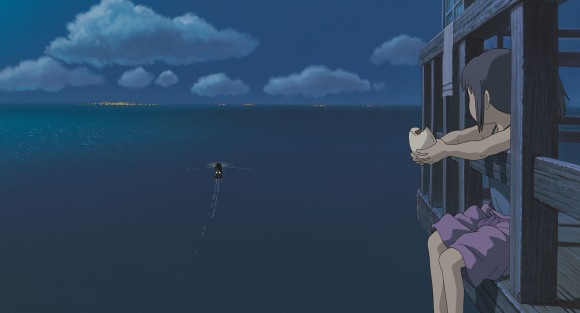 Then I started thinking about my FMP level. That’s right. The FMP I won’t be starting until two year’s time. It’s good to be prepared, right?

Not that I’ll ever come remotely close to creating something like Spirited Away when it comes down to it. My interests for what I could do still span far and wide, and in the end I could be told I’m not allowed to do something like this. But if I were told I had to concept my FMP ideas right now, something inspired and expanded from Spirited Away, and indeed other Ghibli movies, would be right up there. The movies have the perfect balance of organic and man-made assets that would be perfect for me in my artistic and 3D abilities, and aw damn they’re so crazy. I love it! No matter how many times I watch the movies, they never fail to stun me with their beauty. I could create my own little Ghibli-esque world! In 3D!

As I thought more and more about the potential for this idea, however, I got quite sad. I came to the realisation that the madness of the Spirited Away story would never be done justice by the creation of one 3D level within the time period of a few weeks. Not only that, but the level created would make absolutely no sense and potentially lose marks when compared alongside a level with a good self-explanatory story. I’ll elaborate by taking some of the elements of the Spirited Away world and show you what I mean. For instance; an abandoned theme park, a pig shed, a bath house. If I put such areas into a single level, together, the player would have no hope in hell of knowing what was going on unless they read the in-depth story to accompany it. Even then it’s a stretch of the imagination unless you appreciate such stories. At the end of the day, unless all the elements of the level are at least slightly coherent with eachother, I highly doubt I will be able/allowed to create such an awesome and unusual level.

Nevertheless, I can still imagine a vast world with an awesome ethereal, serene mood to it… lots of particles in the air and floaty things such as lanterns and scrolls. I can see a red/blue colour palette with gold and yellow thrown in everywhere, and then perhaps an area of complete contrast with very organic greens and browns. Flowers too. Lots of flowers. Perhaps a tight winding alley and street system that opens suddenly onto a huge flat vista… or even better, a whole drowned landscape of trees and abandoned little huts. Like this;

That would be a really cool way to mark the boundary of the map. Rather than just having a huge expanse of water that you immediately drown in, or mountains like many games, have an area that is partially playable but eventually becomes so boring the player loses interest. A prime example of this is in Halo: CE. In the first mission, you are on an island surrounded by sea, and you can walk (even drive!) straight into the water and carry on pretty much endlessly until you get bored and turn back. Or get lost and have to kill yourself with grenades that still work under 20ft. of water plus. I’d find it really fun to put an easter egg in there somewhere too, just to keep people on their toes like.

Like I said, all this is ‘in an ideal world…’. And of course I’m very likely to find new inspirations and limitations on my journey to 3rd year. I can’t help but dream! By the way, if you haven’t seen Spirited Away, I insist you do. It’s lovely. 🙂